They Have Finally Come Full Circle After More Than 50 years 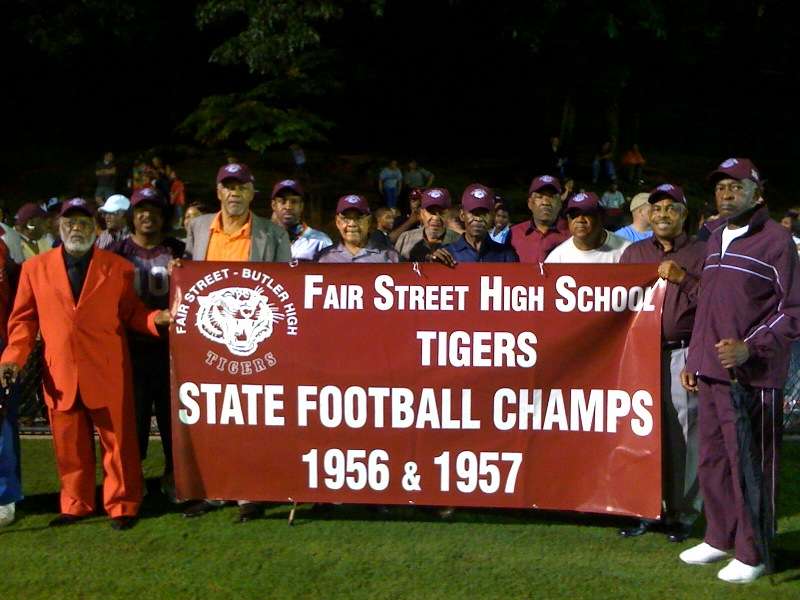 The Fair Street Butler Alumni Board chose to recognize the 56 & 57 Championship Football Teams of Fair Street School for this year’s Reunion “09”. They were honored and recognized at the first season game between Gainesville High and Chestatee on Friday, August 28, 2009. They walked out with pride wearing the maroon hats reflecting 56 & 57 Championship Teams at half-time, a very memorable moment that touched all who attended our all-Black schools, which no longer exist. The next weekend rolled around, and the reunion began. They were recognized again by Larry & Jerry Castleberry during intermission at the Prom, where “our boy’s gone shine tonight” was played and sung with pride. They were strong in attendance and represented the team and our school well. Saturday night, during intermission at the Sock Hop, they were still standing strong, cameras were flashing, and all came and stood among the masses of fellow classmates, a memory that will reflect in their minds for a lifetime. Sunday was the climax of the Closing Ceremony. Larry Castleberry took us back down memory lane with a speech that reminded some, enlightened others, and took others to a place they wished they had been more than 50 years ago. They were recognized again and congratulated again and again. Well, this Friday, September 25, 2009, at 1:00 p.m. at Fair Street School, where it all began, they will again be recognized with a lasting monument that will be placed in a permanent space that will live on for an eternity. Mr. Will Campbell, principal of Fair Street School, has said, “this is the place that should mark the achievements of the 56 & 57 Championship Football Team because this is where it all began,” and to this, we say, “Thank You,” Principal Campbell. It took a while but it has finally come full circle after more than 50 years. We also would like to “Thank” Jerry Castleberry for birthing this idea, Emory Turner for working tirelessly to pull all information together, and Kim Paul for making the event with the hats and invitations so memorable. And last but not least, “Thanks” to the entire Board for making this one of the most memorable reunions ever. 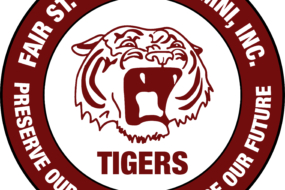 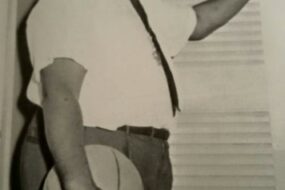